Forging is the collective name of forging and stamping. It is a forming and processing method that uses the hammer, anvil, punch of the forging machine or the die to apply pressure to the blank to produce plastic deformation, so as to obtain the required shape and size of the workpiece. .

In the forging process, the entire billet undergoes significant plastic deformation and has a relatively large amount of plastic flow; in the stamping process, the billet is formed mainly by changing the spatial position of the area of ​​each part, and there is no large distance plastic flow inside. Forging is mainly used to process metal parts, and can also be used to process certain non-metals, such as engineering plastics, rubber, ceramic blanks, brick blanks, and the forming of composite materials. 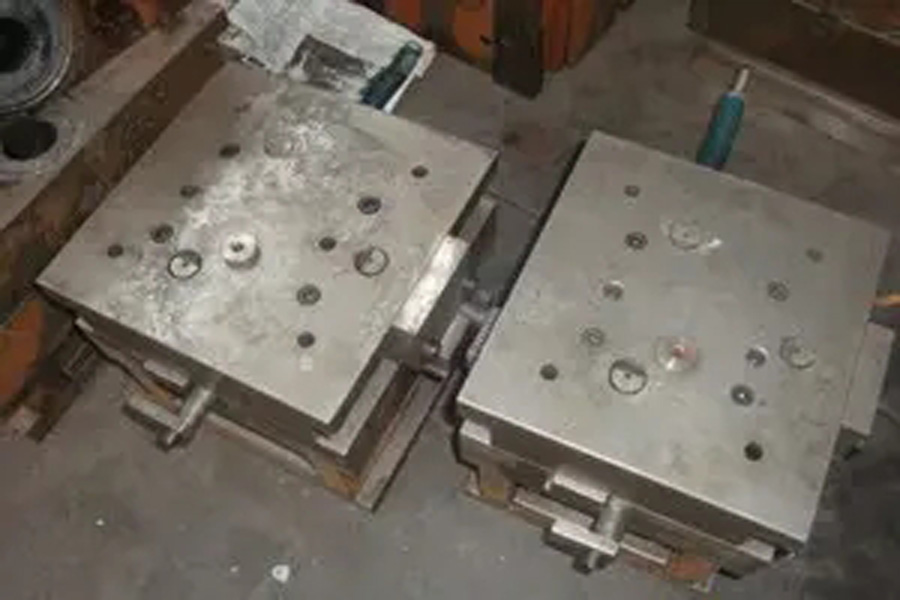 At the end of the Neolithic Age, humans have begun to hammer natural red copper to make decorations and small articles. China has used the cold forging process to make tools in about 2000 BC. For example, the red copper artifacts unearthed from the Qijia Cultural Site of Huangniangtai in Wuwei, Gansu have obvious hammering marks. In the mid-Shang Dynasty, meteorite iron was used to make weapons, using a heating forging process. The block-smelting wrought iron that appeared in the late Spring and Autumn Period was formed by repeated heating and forging to extrude oxide inclusions.

At first, people *wrapped a hammer for forging, and later a method of lifting a heavy hammer by pulling a rope and a pulley and then falling freely for forging blanks appeared. After the 14th century, animal power and hydraulic drop forging appeared.

In 1842, the British Nasmith made the first steam hammer, bringing forging into the era of applied power. Later, forging hydraulic presses, motor-driven splint hammers, air forging hammers and mechanical presses appeared one after another. Splint hammers were first used during the American Civil War (1861-1865) to die forging weapon parts, and then steam die forging hammers appeared in Europe, and die forging technology was gradually promoted. By the end of the 19th century, the basic category of modern forging machinery had been formed.

At the beginning of the 20th century, with the beginning of mass production of automobiles, hot die forging developed rapidly and became the main forging process. In the middle of the 20th century, hot die forging presses, flat forging machines and non-anvil forging hammers gradually replaced ordinary forging hammers, increasing productivity and reducing vibration and noise. With the development of new forging processes such as forging blanks with less and no oxidation heating technology, high-precision and long-life molds, hot extrusion, forming rolling, and forging manipulators, manipulators, and automatic forging production lines, the efficiency and economic effects of forging production continue to improve .

The appearance of cold forging precedes hot forging. Early copper, gold, silver flakes and coins were all cold forged. The application of cold forging in mechanical manufacturing has been popularized in the 20th century. Cold heading, cold extrusion, radial forging, and swing forging have been developed successively, gradually forming an efficient forging process that can produce precision parts without cutting.

Early stamping only used simple tools such as shovel, shears, punches, hand hammers, and anvils to form metal sheets (mainly copper or copper alloy plates, etc.) through manual cutting, punching, shoveling, and percussion. Manufacture of gongs, cymbals and other musical instruments and pots. With the increase in the output of medium and thick plates and the development of stamping hydraulic presses and mechanical presses, stamping processing also began to be mechanized in the mid-19th century.

In 1905, the United States began to produce hot continuous rolled narrow strip steel in coils. In 1926, it began to produce wide strip steel. Later, cold continuous rolled strip steel appeared. At the same time, the output of plates and strips is increased, the quality is improved, and the cost is reduced. Combining with the development of the production of ships, railway vehicles, boilers, containers, automobiles, cans, etc., stamping has become one of the most widely used forming processes.

Hot forging is performed above the metal recrystallization temperature. Increasing the temperature can improve the plasticity of the metal, which is beneficial to improve the internal quality of the workpiece and make it difficult to crack. High temperature can also reduce the deformation resistance of metal and reduce the tonnage of forging machinery required. However, there are many hot forging processes, the precision of the workpiece is poor, the surface is not smooth, and the forging is prone to oxidation, decarburization and burning.

Workpieces formed by cold forging at room temperature have high shape and size accuracy, smooth surface, few processing procedures, and easy automated production. Many cold forging and cold stamping parts can be directly used as parts or products without cutting processing. However, during cold forging, due to the low plasticity of the metal, it is prone to cracking during deformation, and the deformation resistance is large, requiring large tonnage forging machinery.

Forging can change the metal structure and improve metal properties. After the ingot is hot forged, the original as-cast looseness, pores, microcracks, etc. are compacted or welded; the original dendritic crystals are broken to make the grains finer; at the same time, the original carbide segregation and unevenness are changed Distribution to make the organization uniform, so as to obtain forgings with internal compactness, uniformity, fineness, good overall performance, and safe use. After the forging is deformed by hot forging, the metal is a fibrous structure; after the forging is deformed, the metal crystals are in order.

Forging is the plastic flow of metal to make a workpiece of the desired shape. The volume of the metal does not change after the plastic flow is generated by the external force, and the metal always flows to the part with the least resistance. In production, the shape of the workpiece is often controlled according to these rules to achieve deformations such as upsetting and drawing, reaming, bending, and drawing.

The size of the forged workpiece is accurate, which is conducive to the organization of mass production. The dimensions of die forging, extrusion, stamping and other applications are accurate and stable. High-efficiency forging machinery and automatic forging production lines can be used to organize specialized mass or mass production.

The production process of forging includes blank blanking before forming, heating and pretreatment of blanks; heat treatment, cleaning, calibration and inspection of workpieces after forming. Commonly used forging machines include forging hammers, hydraulic presses and mechanical presses. The forging hammer has a large impact speed, which is conducive to the plastic flow of the metal, but will produce vibration; the hydraulic press uses static forging, which is conducive to forging through the metal and improving the structure, and the work is stable, but the productivity is low; the mechanical press has a fixed stroke and is easy to realize mechanization And automation.

Less and no cutting processing is the most important measure and direction for the machinery industry to improve material utilization, increase labor productivity and reduce energy consumption. Less forging blanks, no oxidation heating, as well as the development of high-hardness, wear-resistant, long-life mold materials and surface treatment methods, will be conducive to the expanded application of precision forging and precision stamping.

Please keep the source and address of this article for reprinting: Forging technology talk 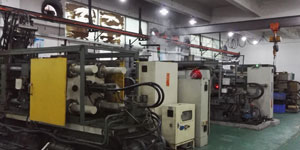 Under the control of ISO9001 and TS 16949,All processes are carried out through hundreds of advanced die casting machines, 5-axis machines, and other facilities, ranging from blasters to Ultra Sonic washing machines.Minghe not only has advanced equipment but also have professional team of experienced engineers,operators and inspectors to make the customer’s design come true. 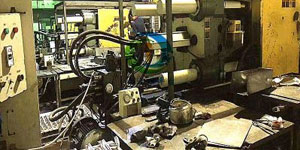 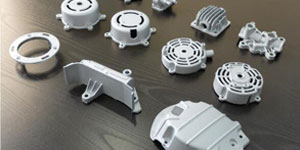 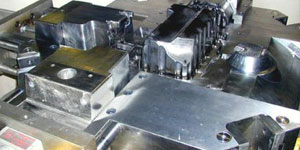 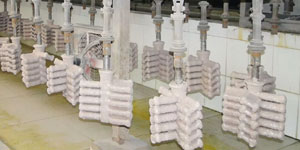 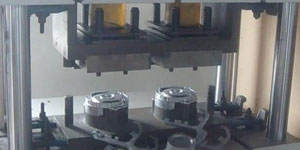 What Can we help you do next?

→Casting Parts-Find out what we have done.

Link to this article：Forging technology talk

2021-11-02
Yoyokuo
By boldly using aluminum alloy and high-tensile steel plates in the body and chassis, the weight has been reduced by 300kg. Masawa Okuyama, head of...
2021-11-02
Yoyokuo
Affected by factors such as the gradual manifestation of the production reduction effect of aluminum enterprises, the improvement of China's economic data, and the boosting...
2021-11-022021-11-02
Yoyokuo
Japan's JFE Steel Corporation recently announced that it has signed a cross-license agreement (Cross-License) with Germany's ThyssenKrupp Steel Europe for the new forming technology of...
2021-11-02
Yoyokuo
Recently, the Institute of Physics and Chemistry of the Chinese Academy of Sciences and the research group of Tsinghua University have developed a self-driving liquid...
2021-09-292021-09-29
Yoyokuo
Technopark Aviation Technology, located in Ufa, Russia, is a provider of education, scientific research and engineering services. It works closely with Russia’s largest gas turbine...
2021-08-02
Chris Na
Calculation Formula The calculation formula for the selection of die-casting machine: Die-casting machine clamping force (t) = 1.4 * casting projected area * ratio of...