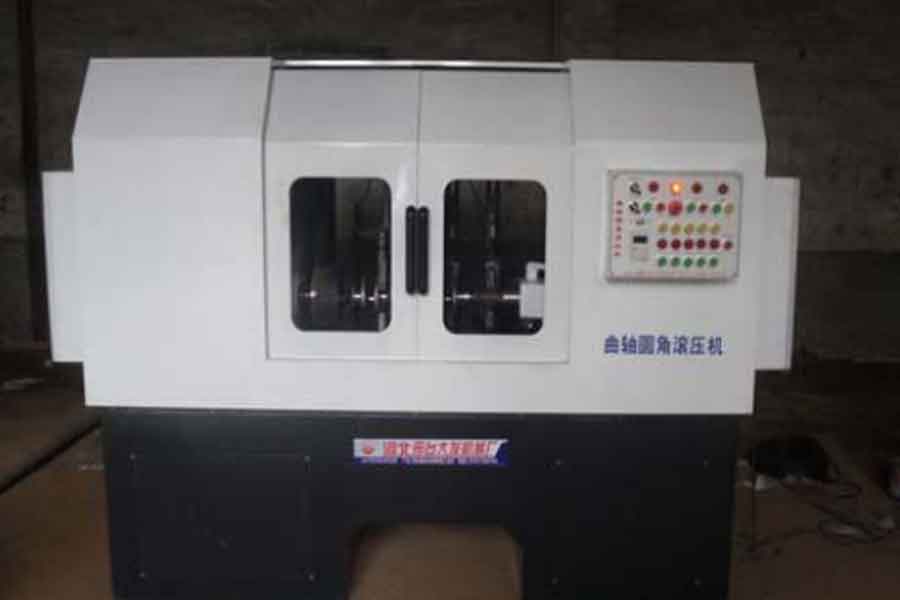 The crankshaft is a high-speed rotating long shaft in a car engine. It is one of the main parts in the engine. Among the five major parts of the engine, it is the most difficult part to ensure the quality of processing. The working conditions of the crankshaft are bad. In each cycle of engine operation, there are alternating loads acting on the crankshaft.

1. The Principle Of The Crankshaft Rolling Process

Engines use more crankshaft journals and crankshafts, lower bending rigidity, and anisotropy in the circumferential direction, coupled with the inhomogeneity of materials, and the influence of comprehensive factors such as deformation and residual stress in hot and cold processing, making The bending deformation of the crankshaft is very complicated, and its axis is an arbitrary curve in space. The crankshaft completes the deep rolling process and the straightening process through the rolling process. After the straightening process, the shortcomings of deformation and bending are basically overcome, and the deep rolling process makes the rounded part of the rolled journal surface strengthened Treatment improves the bearing capacity and fatigue strength of the crankshaft. Crankshaft fillet rolling is to plastically deform the surface through the pressure of the rolling mechanism at the transition fillet between the connecting rod neck and the main journal of the crankshaft.

The surface layer is a dense layer with high hardness, the material surface has been strengthened; casting defects such as micro pinholes, cracks, and pores on the crankshaft surface are eliminated; the surface quality of the rounded corners is improved, thereby greatly reducing the stress concentration at the transitional corners of the journal , Strengthen the physical properties of the material at the fillet, and significantly improve the fatigue strength of the crankshaft.

However, after several years of use, there are technical upgrades and the problems of how to solve the problems. Now take a German imported crankshaft rolling machine tool of Guangxi Yuchai Crankshaft Co., Ltd., a school-enterprise cooperative enterprise, as an example for the following analysis.

2.1 The Existing Problems Of The Crankshaft Rolling Machine Tool Before The Transformation 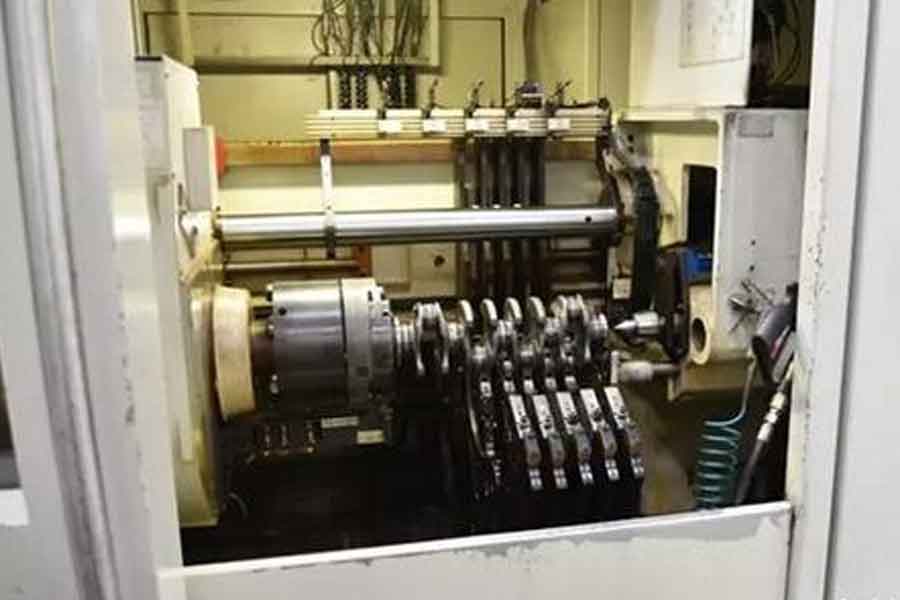 According to the current user’s equipment situation, on the basis of comprehensively considering factors such as reliability, performance, function, and price, the following transformation plans are proposed.

The hydraulic system of the machine tool is the core of the machine tool control and guarantees the machining accuracy of the entire machine tool. The actuator includes a hydraulic clamping unit, a servo force unit, and a detection unit (including spindle position detection and chuck pressure detection). The rolling pressure of the original machine tool is variable pressure processing, that is, the pressure applied to the connecting rod neck is different according to the rotation angle of the crankshaft. The processing rolling pressure on the connecting rod neck is a square wave curve. The rolling force control of the original machine tool consists of 4 Rexroth servo valves model 4WS2EM10-45/20B2T315Z8DM, 4 Rexroth servo amplifier boards model VT1600S3X and related auxiliary control boards. The original servo valve, amplifier board and auxiliary control board have been discontinued for many years, and there is no supply of spare parts. This transformation will upgrade the complete hydraulic pressure control system. The configuration of the machine tool servo valve after the transformation is based on the pressure and flow parameters of the original servo valve, and the Rexroth 4WRPNH10 servo valve is selected. Its function is explained as follows.

The servo valve control adopts the same PROFIBUS bus control method as Ingersoll Company. The control setting of the amplifier is transmitted from the PLC of the CNC system to a servo valve controller through the bus, and the corresponding clamps are made on the CNC system panel. The head pressure setting interface allows the high and bottom pressure values of each chuck to be set according to the process requirements when processing different workpieces. The change of the high and low pressure value is read into the position signal of the spindle encoder by the PLC, the internal calculation of the PLC makes the crankshaft different angles send out the corresponding high and low pressure setpoints, and the action of the servo valve is controlled by the amplifier to make the pressure of the chuck follow. When the given value changes, a pressure sensor is installed on the hydraulic pipeline of each chuck, and the signal of the pressure sensor is connected to the amplifier, so that the amplifier forms a closed-loop pressure control system, thereby ensuring the accuracy of pressure control.

The rotation position of the neck is detected by the numerical control system, and then the pressure valve is controlled to achieve constant pressure in all directions of the neck, thereby improving the production accuracy of the crankshaft rolling (to make the rolling deformation of the 0.8 m long six-cylinder crankshaft as a whole <0.02 mm) and the overall quality, reduce the scrap rate of crankshaft rolling (scrap rate <0.4%), ensure the stability of the crankshaft rolling machine, and reduce the failure rate of equipment. It is difficult to guarantee domestic equipment at present, and it is for future maintenance , Upgrade, expansion, communication, etc. provide convenience.

2022-06-25
Zhouhanping
Scientists and engineers at Lawrence Livermore National Laboratory (LLNL) are 3D Printing flow-through electrodes (FTE), a core component product used to convert CO 2 and...
2021-12-29
Zhouhanping
I don’t know if you are like me. During the epidemic last year, I was shocked by the 15 3D printed isolation houses a day!...
2021-12-26
Zhouhanping
Copper and copper alloys are a class of key materials with important applications. Due to its excellent thermal conductivity, electrical conductivity, ductility, corrosion resistance, etc.,...
2021-12-25
Zhouhanping
It is 100 times stronger than bulletproof glass. The U.S. uses it to make the best bulletproof glass. The U.S. defines transparent aluminum as "one...
2021-12-25
Zhouhanping
Researchers at the Pacific Northwest National Laboratory (PNNL) have developed seaweed-based inks and materials for the development of colorful 2D and 3D shapes and models....
2021-12-24
Zhouhanping
It has been nearly two years since 5G entered the commercial stage, and the industry has begun to take shape. In July this year, data...