The common quality problems of steel are mainly: surface defects, internal defects, and external dimension defects. These three problems will be introduced below:

refers to the linear cracks on the surface of the steel, which should generally be the same as the forging or rolling direction.

Inspection method: Surface cracks can be inspected by naked eyes, pickling, magnetic particle inspection, color inspection and gold equivalent methods. When confirming cracks, you must pay attention to distinguish the cracks that appear on the surface of the steel by being brittle and loose, while the steel itself has no cracks.

the tongue-like or scaly metal flakes bonded on the surface of the steel, which overlap on some parts of the surface, have obvious folding lines.

Causes of formation: due to flashes, burrs, depressions, inclusions, subcutaneous pores and surface looseness on the billet during hot working, the metal rheology during thermal deformation, and the opening forms heavy skins and folds on the surface.

refers to the concavities on the surface of the steel that extend along the rolling direction.

Cause: The gap of the rolling mill pass is too large, causing the surface of the steel to form bulges along the pores.

Also called scratch, it refers to the straight or arc-shaped groove mark on the surface of the steel under the action of external force (visible to the bottom of the groove). 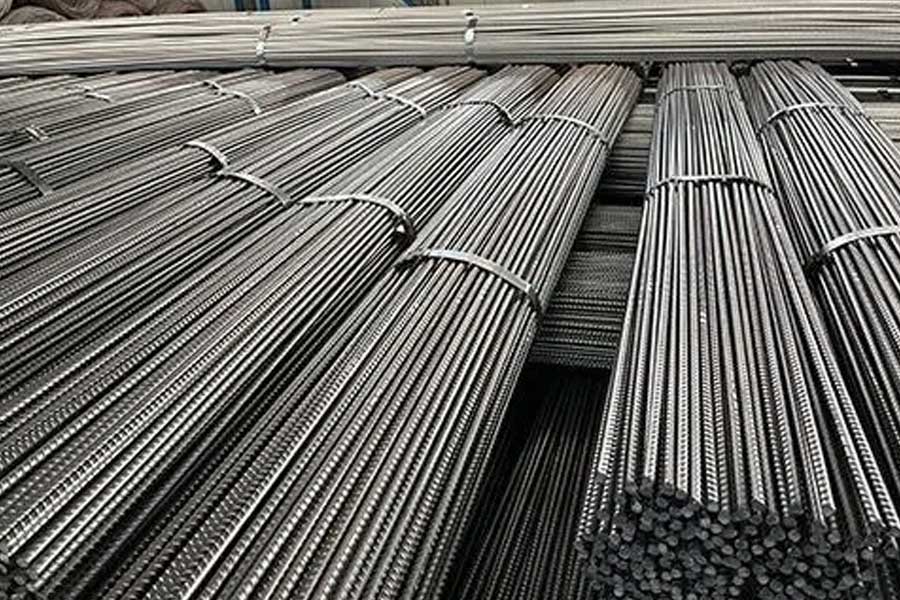 In fact, it is a general term for the phenomenon of uneven chemical composition in steel. On the acid leaching sample, when the segregation is erodible substances or gas inclusions, it is dark in color, irregular in shape, slightly concave, flat at the bottom, and there are many dense microporous spots. If the anti-corrosion elements are gathered, It is pale in color, irregular in shape, and relatively smooth dimpled spots.

Cause of formation: Segregation is the accumulation of certain elements due to selective crystallization and diffusion during the casting and solidification of the steel ingot. Segregation is unavoidable under normal production conditions.

The pores inside the steel. The pores generally appear as irregular polygons on low-magnification samples, and the sharp and narrow pits at the bottom usually appear in the segregation spots. In severe cases, there is a tendency to connect into a spongy shape. According to their loose distribution, they can be divided into two categories: center loose and general loose: ①Center loose: there are concentrated voids and dark dots in the center of the low-power sample. There is a slight interlayer on the longitudinal fracture, and the increase of pearlite in the loose center can be seen under the microscope, indicating that the carbon content in the loose center is increased. ②Generally loose: The structure is dense on the low magnification sample, showing scattered small pores and small black spots. The pores are mostly irregular polygons or patterns, distributed on the entire cross-section except for the edges. Center porosity generally appears in the head and middle of the steel ingot, and the difference from general porosity is that it is distributed in the steel section and the center instead of the entire section. Generally, the higher the carbon content, the more serious the center porosity is.

Reasons for formation: During the solidification of the steel ingot, the intergranular low-melting material finally solidifies and shrinks and emits gas to create voids, and the welded pipe is not equipped during the hot working process.

In steel, slight segregation and higher porosity are allowed.

On low magnification samples, the shrinkage cavities are located in the center, and the surrounding areas are often segregated, mixed or loose and dense. Sometimes, caves or crevices can be seen before corrosion. After corrosion, the cavities are partially darkened, showing irregular folds.

Cause of formation: When the steel ingot is poured, the final solidified part (the core part) of the molten steel cannot be filled after solidification and shrinkage. The macroscopic cavities left behind are not filled, and the shrinkage cavity is mainly formed in the head of the steel ingot (the end of the cap).

Causes of formation: defects caused by the gas generated and released during the casting of the steel ingot.

At low magnification, the axial position is cracked along the intercrystals, forming a spider web, and in severe cases, it will crack radially.

Causes of formation: There are mainly two types, one is internal tearing caused by some reasons when the ingot is solidified and cooled, and it fails to be welded during the forging and rolling process; the other is internal cracking caused by improper forging .

thin and short cracks on low-magnification samples are generally concentrated in the interior of the steel, and there are almost no in the surface layer with a thickness of 20-30mm. Because the cracks are not easy to distinguish, they should be verified by a fracture test. The white spots appear as coarse-grained silver bright white spots on the fracture.

Reasons for formation: It is generally believed that it is the effect of hydrogen and tissue stress, that is, the small cracks caused by the combination of hydrogen separation and collection in the loose micropores to generate huge pressure and the local internal stress generated during the phase transformation of steel.

3. the size of the defect

The dimensions including the length, diameter, thickness, plus and minus tolerance, grinding depth, and width of the steel do not meet the requirements of the order standard.

refers to the difference in size and diameter on the steel section of a circular section.

The strip steel is twisted into a spiral along the axial direction.

Next, we will examine and discuss the white spot defects in low-carbon low-alloy steel with inspection methods such as ultrasonic flaw detection, low magnification, macro-fracture, metallography and scanning electron microscopy.

In order to determine the location of the defect, the ultrasonic flaw detection method is used for measurement. The horizontal and longitudinal low-power (6-10 times) thermal acid etching tests are performed at the severe and dense locations of the flaw. Both the white point characteristic cracks can be found. The white cracks with emission or concentric circles are observed, and it can be seen that it is difficult to identify the white spot cracks in the steel plate on the low-power test piece.

Similarly, take samples at locations where the flaw waves are severe and dense in ultrasonic flaw detection, and duckbill-shaped cracks can be found on the fracture.

Take the metallographic sample at the place where the low-magnification sample is confirmed to be a white spot crack, which has obvious zigzag characteristics, as shown in Figure 3.

(1) The properties of white spots on the fracture surface of the steel sheet tensile specimens are white spot defects, which are formed in the steel billet, and there is no secondary white spot caused by welding when the steel plate is rolled.

(3) The white spot cracks in the steel plate occur in the pearlite strip granular bain zone, and the banded structure provides the structural stress required to form the white spot defect. The band structure is caused by the segregation of manganese (and carbon and sulfur). This segregation leads to an increase in the local hydrogen content and provides conditions for the formation of white spots with higher hydrogen. It is produced under the combined action of tissue stress and local hydrogen. White spot defect.

(4) The white spot cracks in the steel plate have little effect on the longitudinal and longitudinal mechanical properties, but significantly reduce the z-direction plasticity index and impact toughness value.

PTJ® provides a full range of Custom Precision cnc machining china services.ISO 9001:2015 &AS-9100 certified. 3, 4 and 5-axis rapid precision CNC machining services including milling, sheet metal to customer specifications,Capable of metal & plastic machined parts with +/-0.005 mm tolerance.Secondary services include CNC and conventional grinding, laser cutting,drilling,die casting,sheet metal and stamping.Providing prototypes, full production runs, technical support and full inspection.Serves the automotive, aerospace, mold&fixture,led lighting,medical,bicycle, and consumer electronics industries. On-time delivery.Tell us a little about your project’s budget and expected delivery time. We will strategize with you to provide the most cost-effective services to help you reach your target,Welcome to Contact us ( [email protected] ) directly for your new project.

2021-11-28
Zhouhanping
There are many types of washers, different sizes and thicknesses, and different materials, and their roles are different. Now the functions of several commonly used...
2021-11-26
Zhouhanping
New technologies in the manufacturing industry provide metal manufacturers with more options for producing parts for their customers. In particular, fiber laser cutting machines enable...
2021-11-25
Zhouhanping
As more and more people love e-sports, people have higher and higher requirements for mechanical keyboards. For example, mechanical keyboards have become the first choice...
2021-11-24
Zhouhanping
There are many types of plastics, and their applications in automobiles are divided into interior parts, exterior parts and functional parts. According to the different...
2021-11-24
Zhouhanping
The surface of the part may require a specific metal surface treatment for a variety of reasons, whether it is appearance, product function, or customer...
2021-11-24
Zhouhanping
01 Tips for using coolant The correct use of coolant is essential to obtain good drilling performance, it will directly affect the chip evacuation, tool...